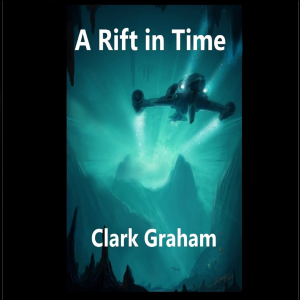 A Rift in Time

"What is that sound?" Mary shook Adalwolf Dalton awake.

No sooner had she asked than a light from the outside of the house illuminated the bedroom.

Dalton stood up and grabbed his pistol from the drawer. "It’s bad news. It’s the time machine."

Senator James has sent the time machine back to rescue Adalwolf Dalton, only he doesn't want to be rescued. Now, he must figure out how to stop them from building the time machine in the future so they won’t irreparably damage the time line and destroy all their lives.

"It doesn’t work. Without Hitler, the communists come to power. The United States is attacked on all sides. The timeline is a nightmare. No, Hitler must stay alive."

"What about stopping the Holocaust?"

Dalton shook his head. "Far worse things happen to the Jews under the communists."

"I don’t believe that. Listen, come back with me and you can explain everything to them."

Dalton felt Mary come up behind him. He swallowed hard. Senator James had the time machine, he had to stop him, one way or another. "No, this ends here. I can’t let you go back." He pointed the gun at Phillip.