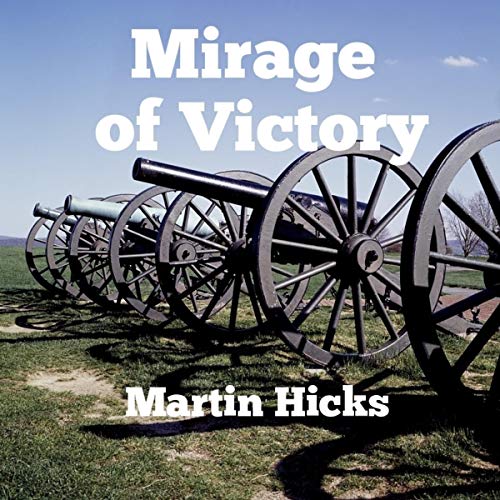 It is May of 1863, and the Civil War in North America has entered its third year. Facing a range of enemy threats, Southern Commander General Robert E. Lee proposes an invasion of the Northern states. That would help supply his army, relieve pressure on other imperiled fronts, and seek decisive victory on enemy territory that could end the war.

Irish immigrant Daniel Ryan serves with his comrades of a Georgian regiment as the campaign unfolds, with Lee's army maneuvering northward through Virginia and across the Potomac River into Maryland and Pennsylvania, moving toward a fateful encounter with the Union army around the market town of Gettysburg.

Martin Hicks lives in Fraserburgh in Aberdeenshire, Scotland. He began writing after a career in education. Mirage of Victory is his sixth book, based on the experiences of Daniel Ryan in the American Civil War of 1861-65