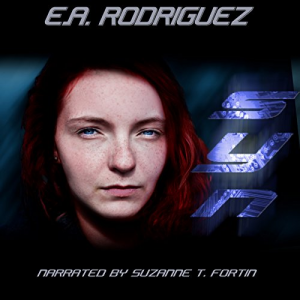 In the very distant future, many things have changed. Mounting strife between nations has caused all major world powers to nearly collapse. As a last ditch effort, the world's scientists and engineers have pooled their resources to create advanced machines known as synthetics. The androids were used to quell the wars that were driving humanity to the brink of extinction. Later, the syn were used to rebuild the shattered nations. Once the machines served their purpose, powerful men wanted them gone. The humanist organization, Chosen, deploys seekers to hunt and destroy syn. Imogen Harper lived a life of modest means. She worked, paid her taxes, got married and obeyed the law. There was only one problem. She's a synthetic. She lived peaceably, until a group of bloodthirsty seekers murdered her husband and nearly killed her. After nearly two years have passed by, she's ready to find the men who tore her life to shreds. Now she is a woman with a mission - to bring down the Chosen or die trying.