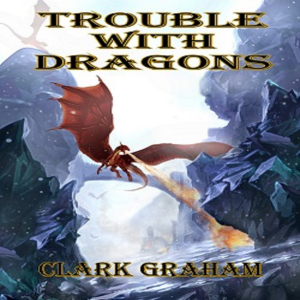 Jason stood in front of the gravestone of Coach Mossberg. The coach had been a mentor and protector to him. His sudden loss effected the whole community. Chills went down Jason's spine. It was an eerie feeling, like someone was looking at him. A voice from behind him said, "He's not here you know." Jason turned to see a short, straight-backed man standing there.

"Talcott? Is that you? What are you doing here?"

"I've come to bring you back."

Jason shook his head vigorously. "I don't want to go back."

The wizard's face reddened and his eyes flashed with anger. "You are the hero of the land, and the land needs you. You have no choice."

Jason stepped back. He hadn't wanted to upset Talcott. He was just speaking the truth. Taking a deep breath, Talcott relaxed his shoulders. "There are dragons in the land. Coach Mossberg tried to help, but he's been captured by them and now sits behind bars in the dungeon. The evil king is free and sits again on the throne."

"What happened, I thought the coach was dead?"

"He is very much alive, but you need to save him and slay the dragons."

"Dragons?" Jason's thought his heart would burst out of his chest it was beating so hard.

"Fear not, you are the hero. The slayer of the Osgarth."

"I thought you might come willingly this time. It matters not, you will still come." Then he turned and walked away, leaving Jason alone. Dejected, Jason walked home. I can't kill dragons. What am I going to do?