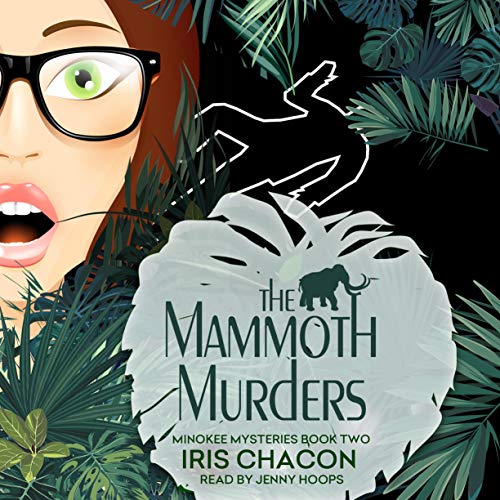 A blind deejay (Shepard Krausse) and an invisible librarian (Miranda Ogilvy) from a tiny, rural Florida town try to solve a double disappearance connected to a recent canoe trip. It ain't exactly "Deliverance," but there's a heap of trouble brewing for these folks - some of it human, some of it animal, and all of it deadly. Shep and Miranda rely on their sense of humor as they face dangerous fossil poachers - but even that is difficult when their engagement is broken amidst a river of troubles. This is Book 2 in the Minokee Mysteries series.

The Coffee Ritual ladies of Minokee add their quirky personalities and folksy wisdom to help Shep & Miranda iron out the bumps in their lives. Martha, Bernice, Wyneen, and Charlotte (average age 74.3) gather every dawn on their front porches to sip their coffee while they wait for the sight of the blond Adonis (Shep) jogging past their Magnolia Street cottages.

Shepard's absurdly wealthy, snobbish, and domineering mother (Hermione Montgomery-Krausse) is always behind the scenes, attempting to direct the course of Shep's career. Hermione wants Shep to become a politician, like several of his ancestors. At the very least, she wants her son to become a television commentator. With his blindness, his noble family connections, and his golden good looks, Shepard would be recognized by future voters - which will not happen if he stays in radio.

The shy Miranda shows a surprising inner strength when confronting Shepard's officious mother, and Hermione has been forced to admire the librarian. Hermione vacillates between trying to separate Shep and Miranda or trying to marry them - on Hermione's terms.

The serio-comic family battle continues in the background even while Shep and Miranda risk their future and their very lives attempting to find the killers responsible for The Mammoth Murders.