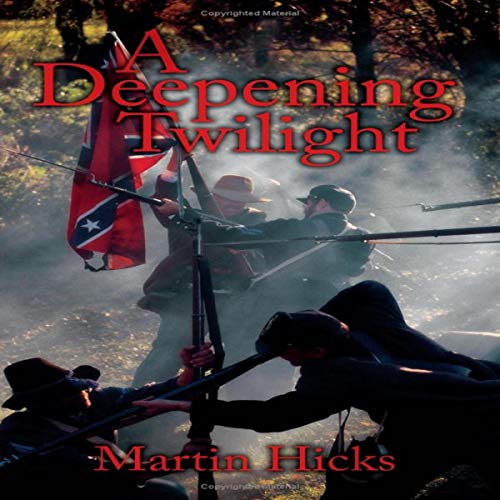 A Deepening Twilight, the sequel to A Season for Killing, continues the story of Daniel Ryan, an Irish immigrant serving in Robert E. Lee's confederate Army of Northern Virginia during the American Civil War. The novel relates Ryan's experiences in Virginia's Shenandoah Valley, and in the trenches around Richmond, during the closing months of the war. As the army and the south sink towards defeat, he, and the remnant of his Georgia company continue the struggle against the odds, experiencing at first-hand how war can reveal the best, as well as the worst, of those on either side. In the midst of the conflict and suffering, Daniel Ryan finds that his relationship with the war widow Rebecca Channing is not as dead as he thought.