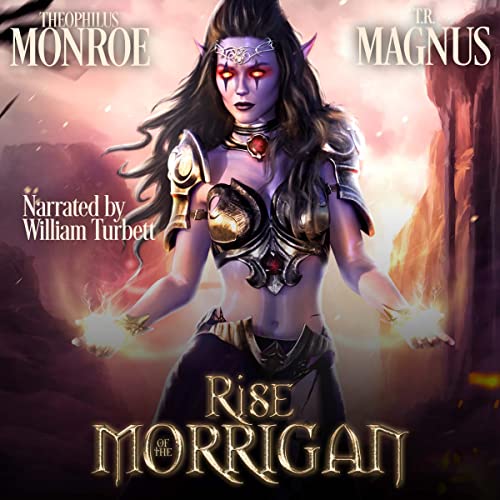 Rise of the Morrigan: The Queen of Samhuinn

Not even the god who made her could tame her.

When the Dagda took three girls and combined them into a single goddess—that he might have for himself a divine wife—he thought she'd be an obedient sub-deity and an extension of his rule. But the Morrigan is subservient to no man, no matter how powerful a god he fashions himself to be.

If she is to rule, however, she must do more than defy the god who made her.

She must win the heart of a mortal....

Cú Chulainn didn’t want to be a warrior.

He dreamed of becoming a bard, a poet....

But when he discovers he has the ríastrad, that he transforms into a werewolf when enraged, he finds he has little choice but to serve the whims of his king and defend Ulster.

But can the beast be controlled?

A faerie touched his heart…it calmed his rage…and he longs for her still….

But there’s another who pursues him, who hopes to win his heart…a goddess….

Will the Morrigan win the heart of her beloved? Will Cú Chulainn find peace, or will he be destined to a life of battle?