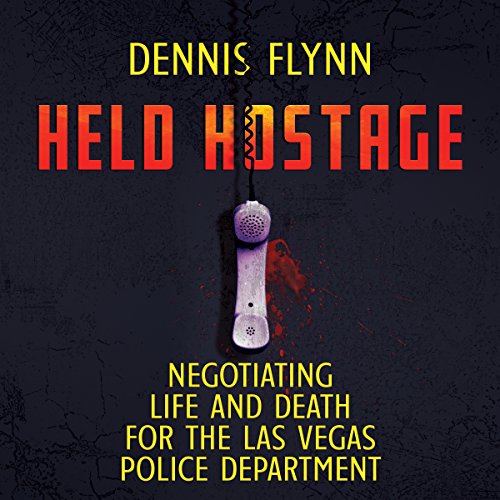 "As he was rising, I saw Brian raise the loaded Glock .40 pistol towards the approaching SWAT officers. I wanted to scream for him to stop; I knew he was about to fulfill his ultimate goal."

What do you say to prevent someone from committing "suicide-by-cop"? Or has a gun pointed at a hostage? Or an armed man who has barricaded himself in a hotel room? Or a despondent woman who is threatening to kill herself? Veteran police negotiator Lieutenant Dennis Flynn spent nearly two decades responding to more than 1,000 of these and other high-intensity incidents with the Crisis Negotiations Team in Las Vegas, Nevada. His goal: Bring 'em out alive!

This audiobook is a behind-the-scenes view of life-and-death situations that police negotiators face, and how they were resolved one way or the other under the bright lights and glitter of Sin City.

About the author: Lt. Dennis Flynn served 30 years with the Las Vegas Metropolitan Police Department, and spent 18 of those years with the Crisis Negotiations Team including 10 years as the team leader. He has traveled throughout the United States and Canada providing training for police negotiators. He retired in 2015 and still resides in the Las Vegas area with his wife and three sons.