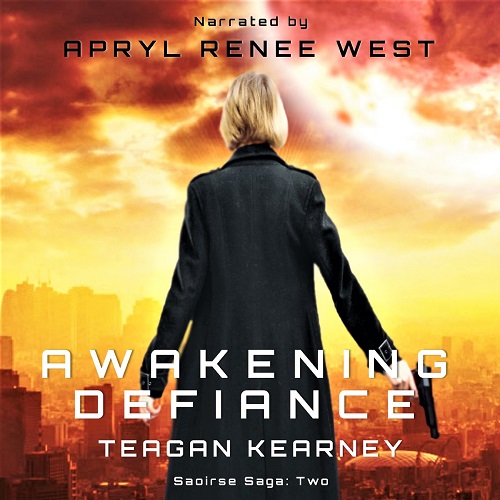 Kia wants more than survival. She wants vengeance and her freedom.

Kia has joined Lord Rial’s elite guard and is collecting secrets. Secrets that can get her killed. The pretense of being Rial's consort offers some protection, but neither of them trusts the other. When the chance for retribution on her father's betrayers comes, she takes it. But there is a price to pay.

Her feelings toward Rial change, and Kia is shocked when she discovers the emperor’s schemes include experiments on his son. If her ambition to destroy the emperor is to succeed, she must rescue Rial. But are her desperate last-minute plans enough to save him?

If you enjoy escaping to a world of thrilling fast-paced action, then download Book 2 in the Saoirse Saga today. Awakening Defiance takes you a universe where one individual, Kia. continues her struggle against powerful ruling forces.