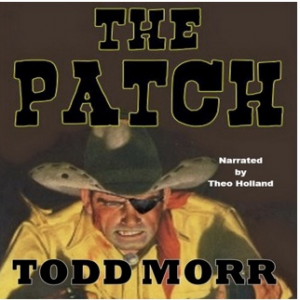 The Patch: The Story Of Handsome Henry

"Funny, I heard about a gunfighter with pistols like that, had himself a reputation," the fat one said.

"Of course, you couldn't be him? They called him Handsome Henry. Apparently he was as good with the ladies as he was with a smoke wagon. You are one of the ugliest saddle bums I have ever seen."

If being called ugly bothered Holt, he didn't show it. Kirby, his wife and child moved around the two cowboys and went to their table. The cowboys let them go and kept their attention on Holt.

"You should learn to mind your own business stranger," the fat one said, moving his hand closer to the six shooter in his belt.