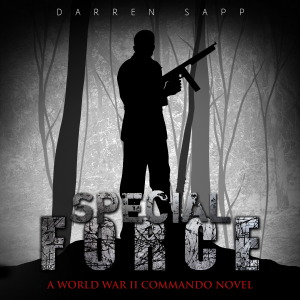 For three years, the Nazis have held France hostage, terrorizing its citizens, and deporting Jews to work camps in the East. A company of brutal SS Panzer troops have taken over the City Hall of Caen and control the heartbeat of the city. Local bands of Resistance fighters operate in the shadows to disrupt, derail, and destroy German operations.

The OSS recruits Nick Jordan, an accomplished Yale athlete, to join an elite commando unit. He and his fellow candidates are put through a year-long training regimen at a covert base learning skills and tradecraft far beyond those of the typical soldier. Their initial mission, Operation Wolfhound, takes them into that German-held territory to seek and kill enemy forces in support of the D-Day invasion. The Nazis have never faced a weapon like Nick Jordan.