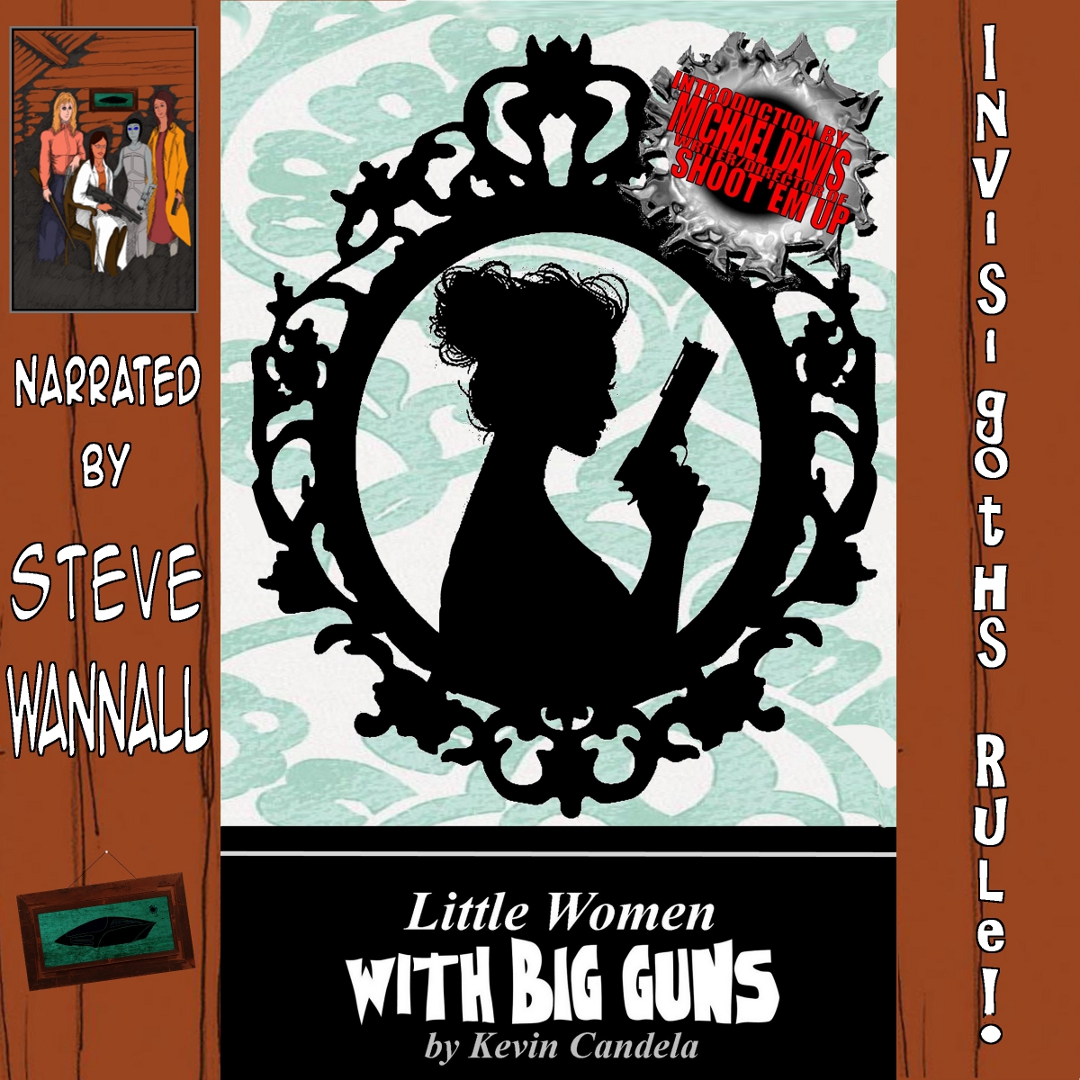 In the grand tradition of cinematic epics like The Adventures of Buckaroo Banzai across the Eighth Dimension, Big Trouble in Little China and - well, that’s probably it, because there’s not much else to compare to those W.D. Richter masterpieces - comes Little Women with Big Guns, a wildly imaginative and bullet-fast tale of advanced warrior legions eager to escape their banishment in a parallel dimension, and the unlikely band of heroic “sisters-in-the-making”, bold and reckless enough to stand in their way.

Those tests have done more than bring the vanquished queen and her mighty forces the promise of a conquering return to Earth. Brought out of the past and future to the present, respectively, New Mexico Territory farm girl Joliane “Liane” Lecroix and a blaster-armed, Martian-human-cyborg mine worker, the sodbuster’s kid, Liane, dubs “Amee”, end up literally running into independent investigative reporter Margaret “Mag” Tracer.

Led by the ghost-like apparition of Dr. Elizabeth “Eliza” Shandrach, the trio soon find themselves in a strange, waterless landscape ruled by Nihilani and her advanced, yet savage, army. They are humanity’s only hope against an impending incursion by a highly advanced army of invisible, disc-riding warriors.

Get ready for the ultimate in “woman on woman action", and, remember, it’s not the size of the gun that matters, it’s knowing when to use it.