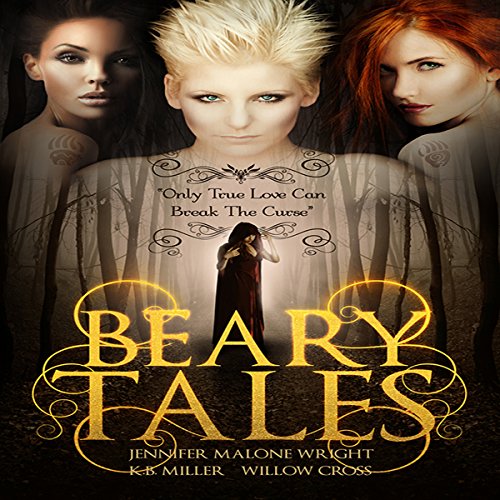 Three bears turned human.
An evil witch driven by vengeance.
And a drunken, fairy god-uncle with a filthy mouth.

When you combine these things you get one ever-so twisted, yet totally hilarious fairy tale.

Butchy can’t believe it when his boyfriend gives him the, “It’s not you, it’s me,” line and decides to soothe his wounded ego with an epic all-nighter. On the way home, he is pulled through the realms and lands smack in the middle of a dark spell. An evil witch is about to sacrifice three bears, who are caged and waiting.

Suddenly, he finds himself in the one position he's hates most … fairy god-uncle … to not one, but three young girls. On top of that, these girls have never been human and know nothing about the ways of the world. But, it was their call that brought him across the realms, so they are officially his charges.

Butchy is convinced being assigned to the girls is a huge mistake, but it also might be his chance to prove to Juan that he is more than just a pretty face with incredible hair and a glorious fashion sense.

Will this group of misfits be able to survive one twisted fairy tale after another while they search for a cure that will return them to their animal forms? Will the evil witch find them first? And most importantly, can Butchy teach animals how to be ‘fierce and fine’ … or use forks?