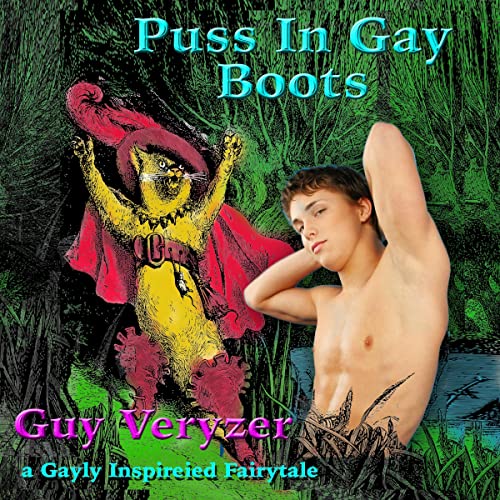 In my youth, and even today, I love the fantasy and magic of fairytales, and I grew up longing for a Prince Charming of my own one day. Of course being a little boy, back then, I tended to imagine myself in the role of a princess as that seemed the only option.

But happily times have changed and I can be a Prince and have a Prince…so, I have adapted some classic fairy stories for other like minded boys (and girls) to enjoy. *This fairytale was inspired by the story Puss In Boots by Charles Perrault.

Once upon a time, in a far away long ago country that used to exist next door to France, was a small village with a mill for grinding wheat and grain. The miller’s business did well enough, for the people in the village loved to buy all manner of bread and rolls and pastry. The miller’s wife had given him three fine sons. As these things happen, one day the miller passed away, leaving his oldest sons the mill and his horse and cart. However, all James the youngest son was to be given was the family cat. No one know if this was because the father had thought this son the brightest or most stupid…. Certainly James was the most sensitive and most handsome of the brothers. The poor, pretty youngest brother was quite confused at having been given what seemed like a furry feline nothing much of a muchness. Nevertheless he decided to set out to seek out what kind of life he might.

His mother bid him a tearful farewell. James said, “Don’t worry mother, my brothers will take or of you and the mill. Perhaps one day I will bring you back a wonderful gift."

“My brothers,” said young James, “will live the same life they have always lived, but I wonder what new adventure I might find in the wide world.” Off he went and in his haste he went off totally forgetting the animal inheritance he had left behind.

Now the yellow Cat wanted adventure too. He had always liked James the best of the sons, for he’d always petted him and given him cream instead of milk. This was no ordinary cat, this was an extraordinary cat. In several of this cats nine lives, he had learned to speak as humans do…. Back in the long ago fairytale time this story took place, talking animals were not so rare a thing as they are today. So, young James was not too startled when with a grave and serious voice the Cat said to his new young owner:

“Master James, do not forget me, for I may bring good fortune to you by and by…” the cat told him.