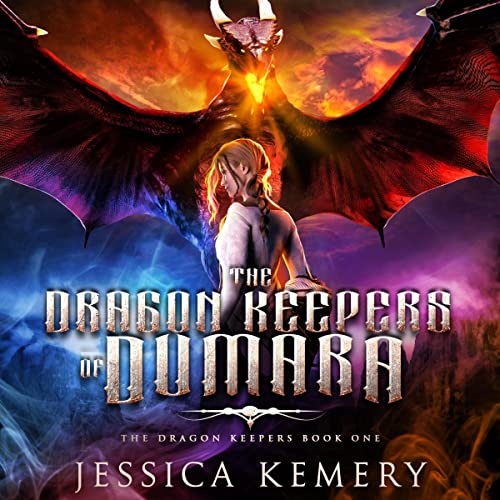 The Dragon Keepers of Dumara

She doesn’t feel ready. He’s desperate for her help. Will an unexpected pair escape fire-breathing enemies in their hunt for the truth?

Mila dreams of following in her dad’s footsteps. As the daughter of her town’s only Dragon Keeper, she jumps into the challenging career after discovering the body of the creatures’ queen. And learning their shape-shifting secrets, she forms a potent bond with the grieving royal son...and boldly offers her services.

Prince Alex suspects the worst. After suspicious circumstances left him motherless, the scaly shifter strives to stay focused on his quest for justice as he falls for his new keeper. But as the two become inseparable, Alex fears that keeping her close will only embroil her in a dangerous battle for revenge.

As Mila and the heartbroken monarch traverse the kingdoms in search of answers, she struggles to navigate the supernatural world while balancing her growing feelings. But as shadowy foes spring a treacherous plot, Alex worries he’s not powerful enough to protect his girl from deadly threats.

Can this intertwined couple defeat the dark forces hungry to cut their lives short?

The Dragon Keeper of Dumara is the riveting first book in the Dragon Keepers paranormal fantasy series. If you like strong heroines, sweet romance, and in-depth world-building, then you’ll love Jessica Kemery’s voyage through the skies.

Buy The Dragon Keeper of Dumara to soar into adventure today!