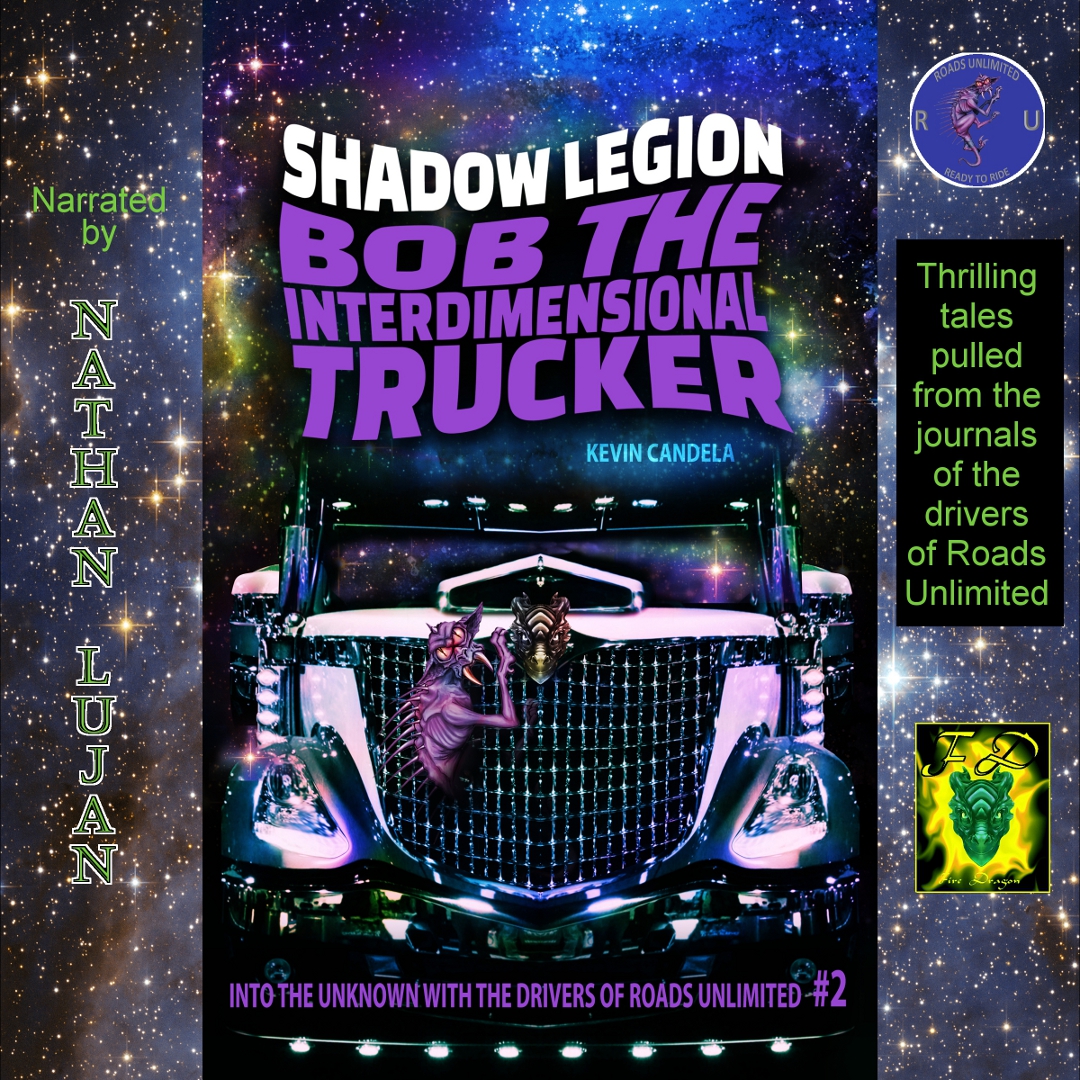 The dimension-crossing thrills roll on in the second installment of the Bob the Interdimensional Trucker series. This time, the action centers around Zep "ZC" Carter's self-bestowed mission to find and retrieve missing Roads Unlimited drivers Sam Gage and Stella Ryder from...wherever they are.

Months have passed, the trail has grown cold, and ZC has all but given up when out of the blue, a back road diversion leads him to the mystical, but apparently not mythical Bizarre - a place where all kinds of beings want all kinds of things...and barter and gamble to get them. He's about to meet some utterly strange new friends, including a dogman named Ekos, a human-like woman with a nest of serpents for a head, and a gigantic bat-dragon that doesn't like being referred to as either. And, who knows, they may even help him get to Gage and Ryder in the infamous Slip Zone...then all he'll have to do is rescue them and figure a way out.

Oh, and Ardaz, the "god" of the Slip Zone, is preparing a horde of wraith-like Nakareen as terrifying soldiers to invade and overwhelm Earth, but don't tell ZC, because he's already got trouble aplenty, and there's not enough Lady Gaga and Backstreet Boys to sing this nightmarish self-appointed quest away.