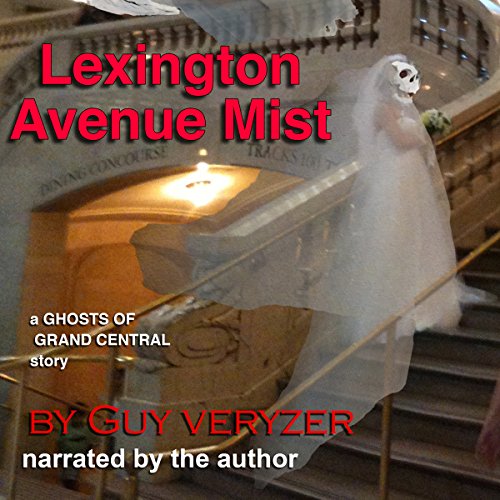 Little did he know his lovely misty city Saturday morning, was about to become a nightmare.... The young man dashed to the hall leading out to 42nd street, then cut a sharp right and jogged down and up the ramp past the Oyster Bar...the mist swirled after him, going over the bridge overpass, misting walkers in its path, those who had umbrellas opened them...it followed him as he pushed through the heaver doors to gain access to the marble stairs up to the offices on floors above. The thing swirled up the stairs after him like an amorphous polar bear...On the fourth floor he pushed through another door, accessing the great glass window hallway on the west side. The mist swiftly followed filling the hallway corridor, whiting it out...It even managed to seep through so all the levels misted opaque white...like a snow globe gone crazy.

Down in the main station it grew dim as the light was blocked, and people stared up baffled and frightened....

While high above the running man asked himself, "What does it want of me? Why me?" Running and wracking his brain for answers.

He had seen movies like this...One man running for his life against a mysterious threat...What would the star of such a movie do?