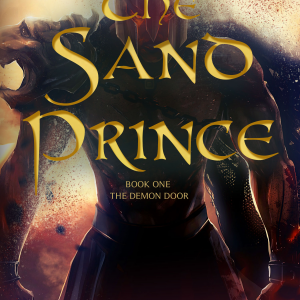 Two worlds. Bound by magic. Divided by a door.

On the barren, war-ravaged demon world of Eriis, the fierce queen Hellne fights to keep her people alive and her son Rhuun's heritage a secret.

On the green and gentle human world of Mistra, demons have faded into myth. Only a handful of old men and fanatical children still guard The Door between the worlds.

Different and shunned by his demon kin, Rhuun finds refuge in a book that tells of a human world of water and wonder. Forced by his mother's enemies to flee Eriis, he finds himself trapped on the other side of The Door in the very place he has read and dreamed about—Mistra.

Chained to the deadly whims of a child who guards The Door, Rhuun must balance serving and surviving, even at the risk of exposing his true identity. Riskiest of all is his task of kidnapping an infuriating young woman who is about to find out that the demons of Eriis are much, much more than just an old bedtime story.