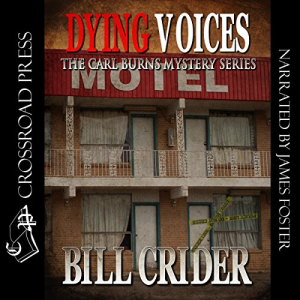 Pecan City, Texas, is a quiet, uneventful town. Hartley Gorman is a sedate, fundamentalist college (although a dean was murdered there once - in Bill Crider's One Dead Dean). English professor Carl Burns is about to begin yet another year in such a place, with only the eccentricities of his fellow teachers to entertain him.

Even Burns, perpetual worrier that he is, envisions the worst of his problems to be the pigeons that have roosted in the attic above his office and the uninspired students that have enrolled for his classes.

But what Burns hasn't counted on is the Edward Street Seminar, a conference that Burns has been assigned to run, which honors one Edward Street, former HGC professor and, lately, Hollywood celebrity. When Street comes back to Hartley Gorman and proceeds to offend everyone in town, and then turns up dead in his motel room, there is no shortage of suspects and Burns really begins to worry!