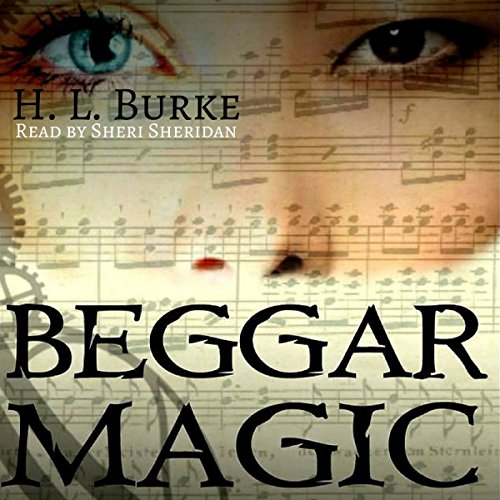 In Gelia City, magic is music: a constant ever-changing melody known as the strains. Hereditary ability to use the strains divides the city into two classes: the wealthy Highmost, who can access the full potential of the strains, and the common tradesmen, who are limited to mundane spells, known as beggar magic. With the help of the strains, common teen Leilani rescues and befriends a gifted Highmost girl, Zebedy. The girls' friendship opens Leilani's eyes to the world of the Highmost. She's intrigued by Zeb's close relationship with the strains, and longs to know them as she does. Zeb, in turn, comes to depend on Leilani's strength and intelligence, making them an inseparable team, ready to take on anything with the strains at their back. As their unlikely friendship strengthens and endures, Zeb draws Leilani further into the Highmosts' intrigues. Beneath the polished, academic facade of the Highmost manors lurks a threat to the strains. An unknown force consumes their music, leaving only heart-rending silence behind. Leilani and Zeb will do anything to save their beloved strains, but as the silence grows, they face danger their previously sheltered lives could never prepare them for. Whoever is behind the death of the strains is willing to kill to keep their secret safe. To preserve the strains, the girls may have to sacrifice their friendship, or even their lives.