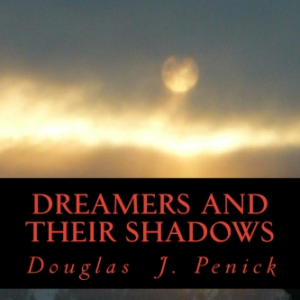 Dreamers and Their Shadows

Told in an assemblage of fragmentary reports and documents from different times and places, DREAMERS AND THEIR SHADOWS is a novel of romantic losses and spiritual discoveries.

Two ancient scrolls, The Secret Annals, are discovered in the 1950's in a Tokyo bombsite. They purport to be the history of an unknown 15th-Century Japanese spiritual teacher who, in a time of social chaos, sets out to establish enlightened society. He begins his teaching saying: "Abstinence is no path at all. We are gambling on true love. It is an untested path." In documents from students and spies, the Annals then give an intimate portrait of a charismatic leader, his teachings and the transformative journey he shares with his eccentric band of followers.

The scrolls are unmasked as forgeries, but ten years later, a retired professor becomes obsessed. Who created this hoax? And why? The professor is seduced by the teachings and stories. He flirts with the idea that the Annals offer new possibilities from a kind of parallel reality. His searches carry him from obscure texts to dubious religious groups. On his deathbed, he makes his American assistant promise to continue searching and to translate the scrolls.

The assistant moves to New York. It is the time of Vietnam and the counter-culture. He has doubts about the professor, but the world of the Secret Annals begins to seep into his life. He sometimes thinks he sees people from the Annals on the subway. He thinks he sees the Prince of Ling enter a theater. He is afraid the Annals are making him lose his grip. At the same time, he finds within the Prince's teaching a path through this world of trackless uncertainty. Tantalized, he senses a new world of passionate intensity just within reach.