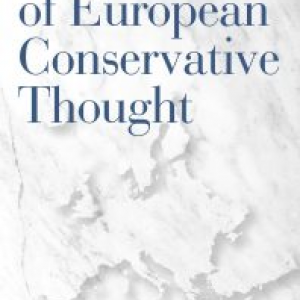 The History of European Conservative Thought

Modern conservatism was born in the crisis of the French Revolution that sought to overturn Christianity, monarchy, tradition, and a trust in experience rather than reason. In the name of reason and progress, the French Revolution led to the guillotine, the dictatorship of Napoleon Bonaparte, and a decade of continental war.

Today Western Civilization is again in crisis, with an ever-widening progressive campaign against religion, tradition, and ordered liberty; Francesco Giubilei's cogent reassessment of some of conservatism's greatest thinkers could not be timelier.

Within this audiobook, English-speaking listeners will come across some familiar names: Burke, Disraeli, Chesterton, and Scruton. Americans get their own chapter too, including penetrating examinations of John Adams, Richard Weaver, Henry Regnery, Robert Nisbet, Russell Kirk, William F. Buckley Jr., and Barry Goldwater. But perhaps most interesting is Giubilei's coverage of the continental European tradition - largely Catholic, monarchical, traditionalist, and anti-Jacobin, anti-Communist, and anti-Fascist.