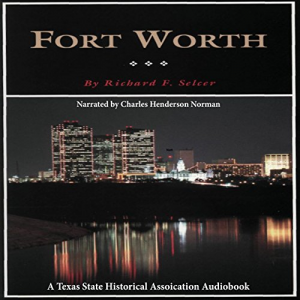 Fort Worth: A Texas Original!

Fort Worth has been called The City Where the West Begins, Cowtown, and the silent partner in the Dallas/Fort Worth Metroplex. None of these descriptions quite tells the story of this city and its people. Since its founding in the mid nineteenth-century as a military outpost, Fort Worth has gone through many phases - cattle, oil, aviation, and tourist. The little village on the Trinity has grown up to become a global city that is a melting pot of economic forces and diverse cultures.

At its most basic, Fort Worth's history is the story of leadership, of how men and women of vision built a flourishing community at a river crossing on the north Texas plains. Through troubled times - the 1850s, the Civil War, the 1930s, the 1970s - the leadership kept its eye on the future. The city pulled itself through the down times - and put itself on the map - by visionary projects like the railroad, the Spring Palace, the Stockyards, Camp Bowie, the Bomber Plant, and Sundance Square. This book helps to put a modern face on Fort Worth, move it out of the shadow of Dallas, and place it firmly in the twenty-first century.