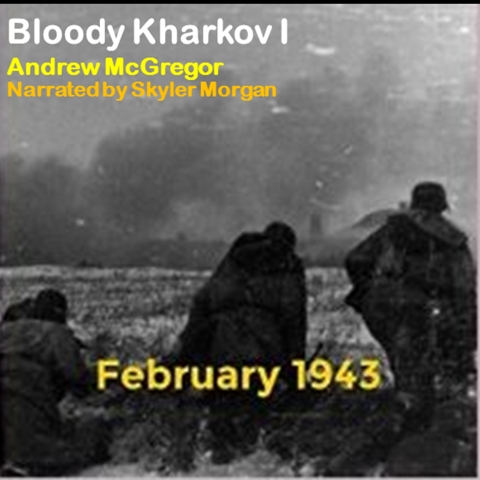 As the tide of war in Russia begins to turn, Leutnant Hausser returns with his depleted and demoralised squad…in the bitter snow, cold and ice that is becoming their home. The battle for survival continues…to Kharkov.

With the final collapse of Stalingrad on the Volga River…the strained railheads along the southern Russian coast and to the immediate north fill with any available grim faced soldiers and equipment that can be spared. Hundreds of thousands of prisoners trudge into captivity, their starving and lice ridden bodies forced to march across exposed and bitter winter terrain towards prisoner of war camps…most will not return, dying en-route or in the inhospitable conditions of the Soviet gulags.

The greatest defeat ever inflicted upon the German Wehrmacht has been completed, removing nearly 600,000 soldiers from the Axis order of battle. The loss of equipment and tanks has been immense, exceeding the entire production of the German Reich for a year.

Russian casualties have proved even greater across the campaign...however Stalin is buoyant, pushing his commanders further, keen to see the collapse of the German southern wing and an early end to the war.

The world draws breath…the seemingly invincible and unstoppable German Army has been finally and brutally defeated for the first decisive time. The German allies in Russia have virtually ceased to exist, their surviving manpower and strength scattered across the southern section of the front in the form of shattered units and obsolete equipment, their leaders realizing the sheer power of the Russian forces now far exceeds previous estimates.

In Berlin, the slick Nazi propaganda machine is unable to conceal or diminish the scale of the defeat, the German High Command just awakening to the idea that the Russian campaign could now last for years…that defeat is actually a possibility.

The German High Command were united in one thought…the need for a victory...a defeat of Russian forces that would once again show the world that the Wehrmacht was far from beaten.

Field Marshall Von Manstein, commander of Army Group South, a charismatic leader with the confidence of his men and even Hitler himself, is given ‘Freedom of Action’ to his ambitious plans…plans that could see a change in fortune for the southern front.

With eager Russian forces over-running the reach of their supply lines, the German commander sees an opportunity…the chance to once again strike fear into the Russian soldier’s heart.

Glancing across a map of the southern front, an opportunity presents itself…the ultimate chance to turn momentum and propaganda back into the Germans hands…the city of Kharkov has been recently taken and behind it, Belgorod.

Now is the time…the opportunity…Von Manstein has the chance to show the German people and the world that the Wehrmacht is still the ultimate fighting force…that victory can be grasped from the jaws of devastating defeat.

The stage is set, battle plans drawn up…within three weeks of the fall of Stalingrad, the Germans would once again advance. With 70,000 men at his disposal, Field Marshall Erich Von Manstein is to attack…facing 346,000 Russian soldiers, their morale high and a belief in victory over Nazi Germany beginning to formulate in their minds.

The author aims to provide a thoroughly enjoyable and imaginative reading experience at an affordable price for the reader. The WW2 series is historically accurate, placing fictional characters in the maelstrom of war amongst accurate equipment and units. All three works from the author's World War 2 Stalingrad Series have achieved Best Seller status on Amazon in the UK and many more stories are outlined.