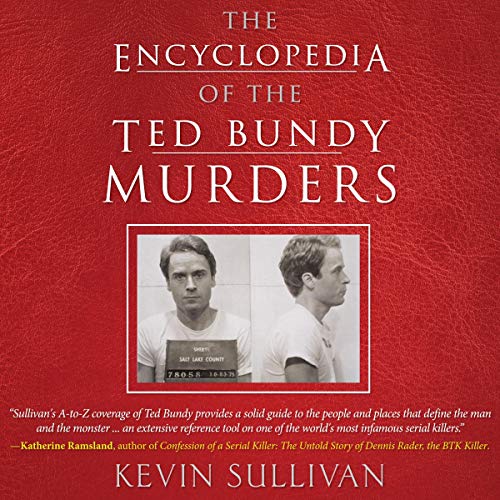 The Encyclopedia of the Ted Bundy Murders

The Encyclopedia of the Ted Bundy Murders lists the names of hundreds of people involved in the case, as well as dozens of locations where significant events occurred. Being the final installment in a five-volume series, this veritable “who’s who” of the Bundy murders is the kind of audiobook you’ll want to keep handy as you study the case because there is no other book on the market quite like it.

A writer of history and true crime, Kevin M. Sullivan is the author of 15 books, including what has now become with the publication of this book, a five-volume set covering the life and murders of Ted Bundy. Indeed, because of his almost 14-year immersion into this many-faceted case, Sullivan has been a guest on documentaries pertaining to the killer on REELZ, HLN (CNN's Headline News), the Oxygen Network, and ABC's 20/20 program, as well as many radio shows and podcasts.

Praise for the book:

"Sullivan's A-to-Z coverage of Ted Bundy provides a solid guide to the people and places that define the man and the monster, including some not present in other Bundy narratives. It nicely rounds out his Bundy oeuvre and gives readers an extensive reference tool on one of the world's most infamous serial killers." (Katherine Ramsland, author of Confession of a Serial Killer: The Untold Story of Dennis Rader, the BTK Killer)