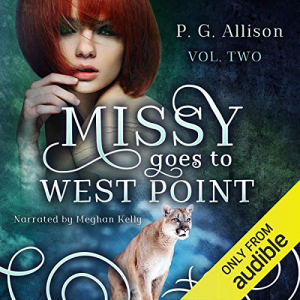 The US Government's Paranormal Branch has learned Missy's secret and followed most of her activities. They have her FBI friend join their team, telling him that other supernaturals also exist but Missy is the only female werecat. They want Missy to go on to West Point and tell him that "being a vigilante is not what we want for this girl."

But, what had started out as her simply trying to help protect another teenage girl eventually led to her being targeted by both the East Boston and New York criminal organizations. With some help from her FBI friend, she copes with crime bosses while finishing high school and starting out at West Point. She also gets some help from her new friends at West Point but makes some enemies there as well.

Even with all this help and her enhanced senses, Missy sure has her work cut out for her!