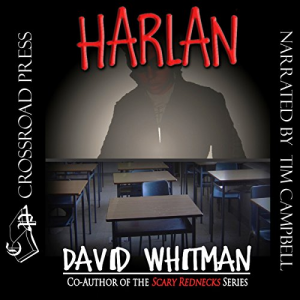 "....there are times where they probably will punish you for asking. But that only means that you're having an effect on the system." —Harlan Sexton

Harlan is about a suicidal, death-obsessed teenager by the name of Harlan Sexton. Turning himself into a ticking bomb, he has decided to kill himself at the end of the school year unless his closest friend, Julian, can find a way to change his mind. And that's just the beginning - the tension is amped up by the return of his abusive redneck father, a town serial killer stalking his female classmates, and an all-out violent war between Harlan and a jock bully from school. If John Hughes had directed a movie inspired by the Columbine tragedy, it would be like this book.