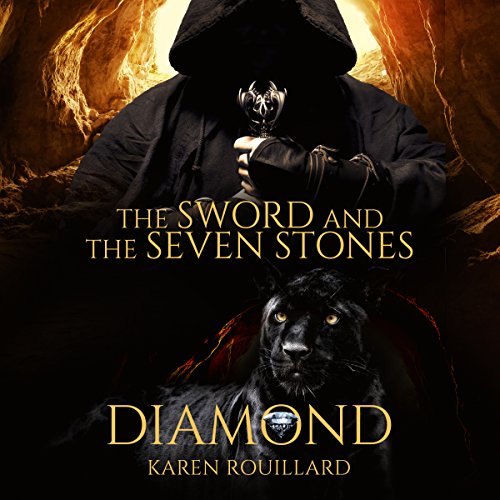 As the old man's hands pulled back the worn leather, Alman looked at what lay within. He reached out and touched the finest of steel. Embedded in the hilt, a perfect diamond. Upon accepting the sword, Alman had to go where no one ever dare go before. He needs to pass mountains where some never return from. Will the fires keep him safe along the way and keep whatever is lurking in the shadows at bay? Will he live to save the others? His father's kingdom depended on him. What magic were they dealing with?

Nicholis, the king of Maramar, regretted the words as soon as they left his lips. He knew his only son could be rebellious and now he knew that he would have to send men to keep him safe. The storm stayed steady and as the four of them walked into his great hall, he took one look at Madeline, the village girl he has taken in and knows who she would be perfect for.
©2016 Karen Rouillard (P)2016 Karen Rouillard