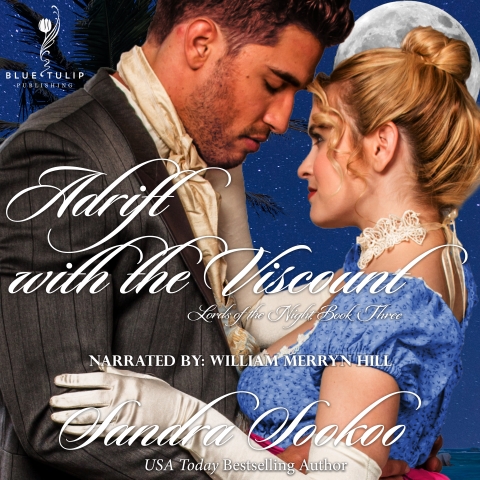 Adrift with the Viscount

"He doesn’t want a woman, let alone a wife... Valentine Sean Butler, the sixteenth Viscount Mountgarret, is cursed to spend half his life as a merman. Though he doesn’t mind his beastly side, he takes exception to warring for the cause of the mers. They hate humans and require his fighting skills, but all Valentine wants is to sail his ship and be left alone in peace… then one chance meeting with a lady in Hyde Park bends his plans.

She has no use for men, but needs a convenient marriage... Lady Phoebe Winthrop, used, ruined, and disowned is ready to steer her own fate. Not content with the horrible birthmark or the life given her, she wants adventure, and the only way to gain that is to ask the viscount to marry her. Wedding will give them both a measure of respectability, and beyond that, perhaps the friendship she sorely craves.

A union based on freedom... As Valentine and Phoebe sail from London following their wedding, they both have to come to grips with what they’re running from. Old insecurities dog their steps, but as the days go by, their unlikely friendship grows into much more. As love blooms and deepens, they must stay one step ahead of danger in the depths, and when a horrible contract comes due, one—or both of them—must make the ultimate, and most personal of sacrifices in order to chase a happily ever after."