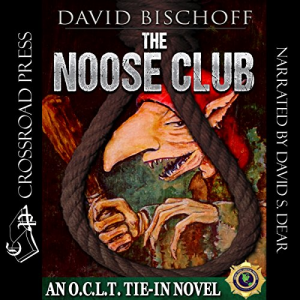 There are incidents and emergencies in the world that defy logical explanation, events that could be defined as supernatural, extraterrestrial, or simply otherworldly. Standard laws do not allow for such instances, nor are most officials or authorities trained to handle them. In recognition of these facts, one organization has been created that can. Assembled by a loose international coalition, their mission is to deal with these situations using diplomacy, guile, force, and strategy as necessary. They shield the rest of the world from their own actions, and clean up the messes left in their wake. They are our protection, our guide, our sword, and our voice, all rolled into one.

In Eugene, Oregon, there is a rash of suicides. All of them by hanging. All of them in locked rooms that preclude outside interference...and all of them committed with identical antique nooses.

Captain Bill Edmonds of the Eugene Police Department is trying to figure out what could be behind the pattern, but comes up empty until the grisly phenomena hits the Internet radar of the O.C.L.T. Geoffrey Bullfinch arrives in town, hoping to track down the answers. With Bill's fiancée, Madrigal Harper, her son Skylar and his band of ghost-hunting friends, an ex-comic who once performed with John Belushi, and a cast of characters including New Jersey mobsters, book collectors, and pizza chefs, they fight to close the net on the killer before there can be more hangings. And that's just the beginning.