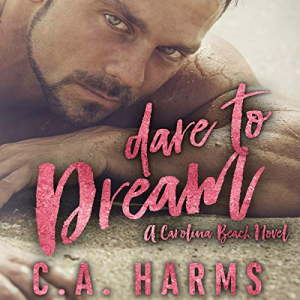 After the sudden death of his wife two years ago, Darren Griffin has finally found peace. He has a good life, good job, two daughters he’d do anything for, and a beautiful home on the beach.

Greer Monroe is grieving the loss of her father. It’s the final rung on the broken ladder that’s become her life - crappy job, no friends, and a cheating ex-boyfriend. At the insistence of her aunt, Greer decides to spend some time at her family’s beach house.

When the glee-filled sound of children’s laughter dances through the breeze, Greer finds herself smiling again. The neighbor girls are carefree, depicting a life Greer has only dreamed about. Husband, children, happiness - a family. And their father, Darren, he’s everything a woman could ever want.

But it is, of course, only a dream.

She can’t stay at Carolina Beach, no matter how much she adores Darren and his daughters. She has responsibilities at home, a mother who needs her. Where there’s love, there’s heartbreak, and she can’t go through that again. And she sure as hell won’t do that to those little girls.

But Darren isn’t letting her go that easily. It’s been so long since he’s felt this way for anyone. Greer is his missing piece, a piece he never thought he’d find.

Saying goodbye is hard, but sometimes starting over is even harder.

Only when they dare to dream again, will they ever dare to love.