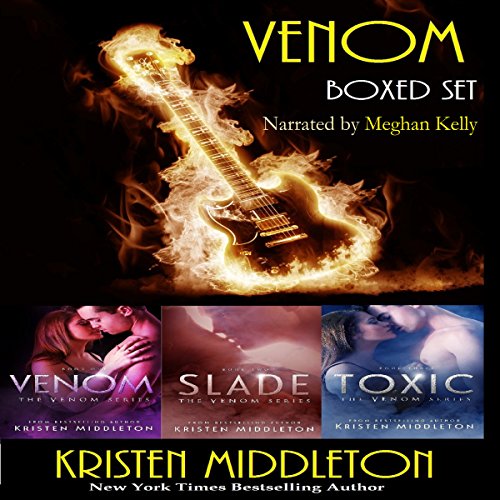 Venom - Book One: When Melody Williams goes missing at a concert, at Club Nightshade, her 18-year-old cousin, Chelsey Fairfax, sneaks into the club to find answers. Little does she know that some mysteries are better left hidden. Meanwhile, Venom is in town, a hot new band from Europe, and the owner of Club Nightshade wants them there permanently...

Slade - Book Two: Chelsey is on the run from Faye and her Night Roamers. Can she trust Slade to keep her safe, or is he a bigger threat than the monsters tracking her?

Toxic - Book Three: Now that Slade has learned the truth about Vanessa, will he give up Chelsey in order to win back the woman he thought he'd lost, so long ago?And...Melody has set her sights on Liam and isn't willing to give up easily.

This vampire shifter romance series intended for mature readers due to sexual situations and language. Also, there is an attempted rape scene toward the end of the book.