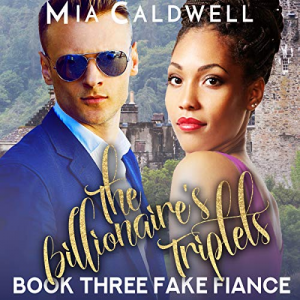 **This is a stand alone book

Hailey Bishop was used to low expectations, accepting whatever the world’s tides sent her way. She had a boyfriend, a best friend, and a degree in library sciences, although no job yet. If Brian ever proposed, she'd probably say yes.

Then Hailey got the "letter", unexpectedly, from a sister at the orphanage in which she'd grown up. It revealed the name of her birth mother. It took Hailey only a few Google searches to find Annabel Edwards, who was semi-famous and living in Spain. Hailey not only had a mother, but two sisters who each had triplets.

More than anything in the world, Hailey longed to know her mother and the rest of her new family, but she knew better than to think they’d want to know her. It was just going to be her sad little secret until the day Hailey came home and found Brian screwing his assistant. The next thing she knew, Hailey was in Spain, credit card maxed out for the one-way trip, determined to introduce herself to her mother and sisters, come what may.

Billionaire Alexander Foxworth was in Spain, attempting to do damage control after his employee Emilio embezzled untold millions from Alexander’s company and then disappeared. Alexander had expected a meeting with the Torres Group. Alexander hoped to secure the contract for the lucrative castle-restoration project in Scotland, which would more than address Foxworth Enterprises' current cash-flow crisis.

But the meeting didn’t happen because Julio Torres apparently wasn't interested in doing business with Alexander; his scandalous playboy reputation was too much for a dedicated family man like Torres. His contact suggested Alexander’s reputation would be greatly improved if he would settle down and get married, and while it was the furthest thing from Alexander's mind, it did give him an idea: Hailey.

She was the beautiful, different, American tourist still getting over jet lag who he’d seduced on her first day in Spain. She'd be perfect for the job. If she was willing, and if he could find her.