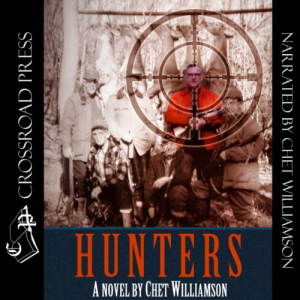 Deer season in northern Pennsylvania, when the woods explode with gunfire and bloody carcasses hang from cross-poles.

Only this time, the carcasses aren't just deer.

The Wildlife Liberation Front, a bloodthirsty and radical animal rights group, has decided to turn the tables on hunters this year, with bullets, blades and bombs. And Ned Craig, a non-violent game warden, finds himself the target of not only the WLF, but another killer from his past with a more personal grudge.

While bodies pile up as quickly as the snow in the most vicious storm in years, Ned and the woman he loves are finally trapped at a rusting fire tower on the edge of a cliff. Hunted by both a cadre of armed terrorists and a suicidal maniac, Ned has to confront them all, along with his own fears, or else become the final victim in the bloodbath...