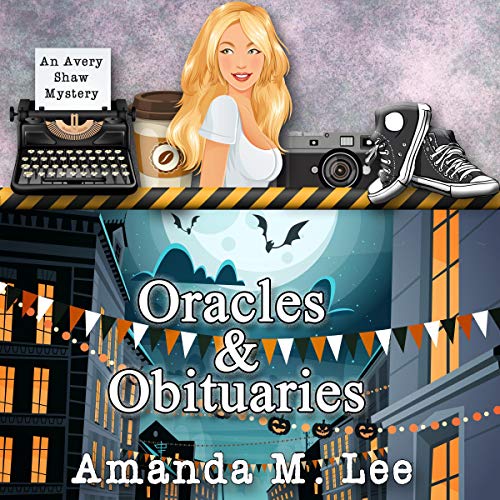 Halloween is Avery Shaw’s favorite time of year. What’s not to love? Slasher movies, hot chocolate, and corn mazes. She’s addicted to them all.

During a visit to one of those mazes, she runs across several men trying to kidnap a teenage girl. In true Avery fashion, she intervenes...resulting in a severe injury. While she’s on the mend, she starts tracking information on a group of people working in the area.

Avery can’t decide if she’s on to something or imagining things. The attack leaves her weaker than she would like, something she refuses to acknowledge, and questioning her investigative mind.

Eliot Kane, her live-in love, decides to help. As much as he wants her safe, he understands she needs to take control. Together, they’re going to dig until they find the information they need. Unfortunately for both of them, the deeper they get, the more they start to wonder just how big of an operation they’re dealing with.

Information pours in, leading to questions about missing girls from years before...and an odd woman serving as an oracle for the Halloween fans in the present. She’s keeping a secret, too, and Avery is determined to figure out what it is.

As she’s proven her entire life, Avery won’t quit until she wins. This time, however, the battle is going to be long, dark, and deadly. She won’t ever give up...even if the search for the truth ultimately kills her.