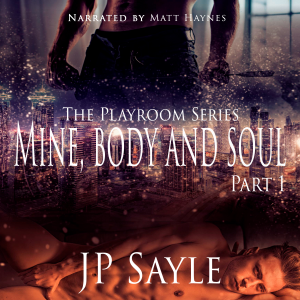 Mine, Body and Soul: Part One

Was it possible that there was a man out there who could see past Lenny’s damaged body and soul, and want to claim him as ‘mine?’

Lenny has suffered things that no person should have to endure. With that comes health issues that impact on how he sees himself, leaving him feeling isolated.

That is until a chance meeting.

The world that Lenny understands is now spinning in a different direction and he isn’t sure whether to hold on or let go.

Never having had anyone to catch him before, can he trust Nathan?

This book has a HFN ending. There are also aspects of childhood trauma touched upon briefly.