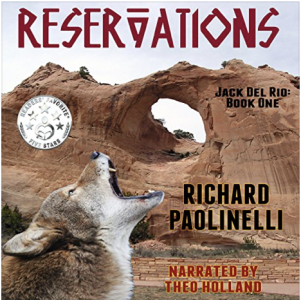 Three tribal leaders have been murdered - murdered in a fashion that suggests the deeds were carried out by the COYOTE, a legendary evil trickster feared by many Native Americans. The tribal president contacts his old friend in the FBI for assistance in solving the crimes and preventing more murders.

The FBI selects its star agent, Jack Del Rio, and dispatches him to New Mexico. Del Rio finds a situation tangled in political intrigue, and must work through those issues on his way to solving the mystery. Assisting him in his quest is Officer Lucy Chee. A romantic interest develops between the two. Del Rio identifies the murderer, but not without further bloodshed and loss.