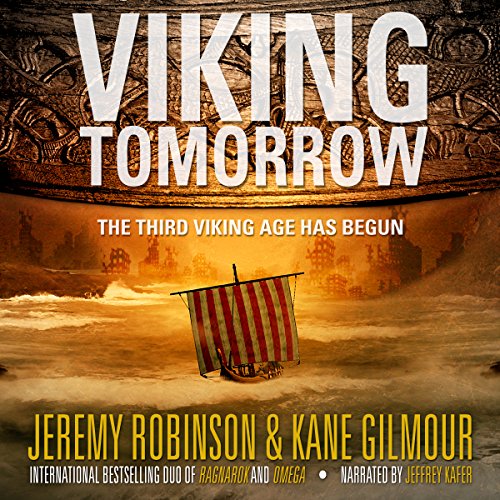 The world is barely holding on. A century after a series of apocalyptic events, humanity is struggling to survive. In the frigid north of Scandinavia, people have returned to farming, fishing, and fighting amongst themselves, living as their ancient Viking ancestors once did. But their days in the world are numbered. The last tattered remnants of humankind have become barren. No new live births have occurred in over a decade. When the remaining population dies, the human race will end.

When a call goes out to the greatest fighters in the North, men capable of surviving a long journey and crushing any obstacle in their path, a young female berserker named Val takes up the challenge. With her eyes hidden behind red-lens goggles, she violently proves her worth, seizes control of a small band of fellow berserkers, and heads south to claim her prize: the first glimmer of hope for a tomorrow.

Traveling deep into the wastes of Europe, surrounded by dangerous landscapes and the mutated creatures that populate them, they find themselves pursued by enemies determined to stop them at all costs. Attacked from without and betrayed from within, Val fights for the future, and if she fails, humanity fails along with her.

Jeremy Robinson and Kane Gilmour imagine a world that has survived multiple apocalyptic events, mixing the savagery of the History Channel's Vikings with the frenetic chase scenes of Mad Max, resulting in a high-octane battle raging across Europe with the fate of humanity at stake.