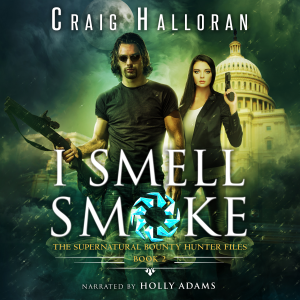 No signs of smoke.

Sidney thinks she’s getting the hang of things only to find herself at odds once again with her annoying and unappreciative supervisor, Cyrus Tweel. To make matters worse, there’s been no talk about the Black Slate or the whereabouts of Smoke, leaving her in the dark and feeling more isolated than ever. During a stakeout with Cyrus, strange things begin to emerge. Black suns and oddly familiar children begin to show up. The Drake’s fingerprints seem to be on everything with which she’s involved.

When Sidney begins to fret her new duties and doubt her peers, Smoke shows up in a suit looking as gorgeous as ever. While Sid is initially captivated, it’s not long before they butt heads over the next Black Slate assignment, a mysterious woman called Night Bird.

Timing is everything, but family troubles emerge a day before Christmas Eve when Sidney’s sister, Allison, goes missing and a mysterious stranger shows up at her parents’ home. Reluctantly, she agrees to take Smoke to her parents, but on the way, a semi-truck, owned by Drake, runs them off the road, totaling the Interceptor.

Will Sid and Smoke get closer, or will the wicked powers that be force them apart?