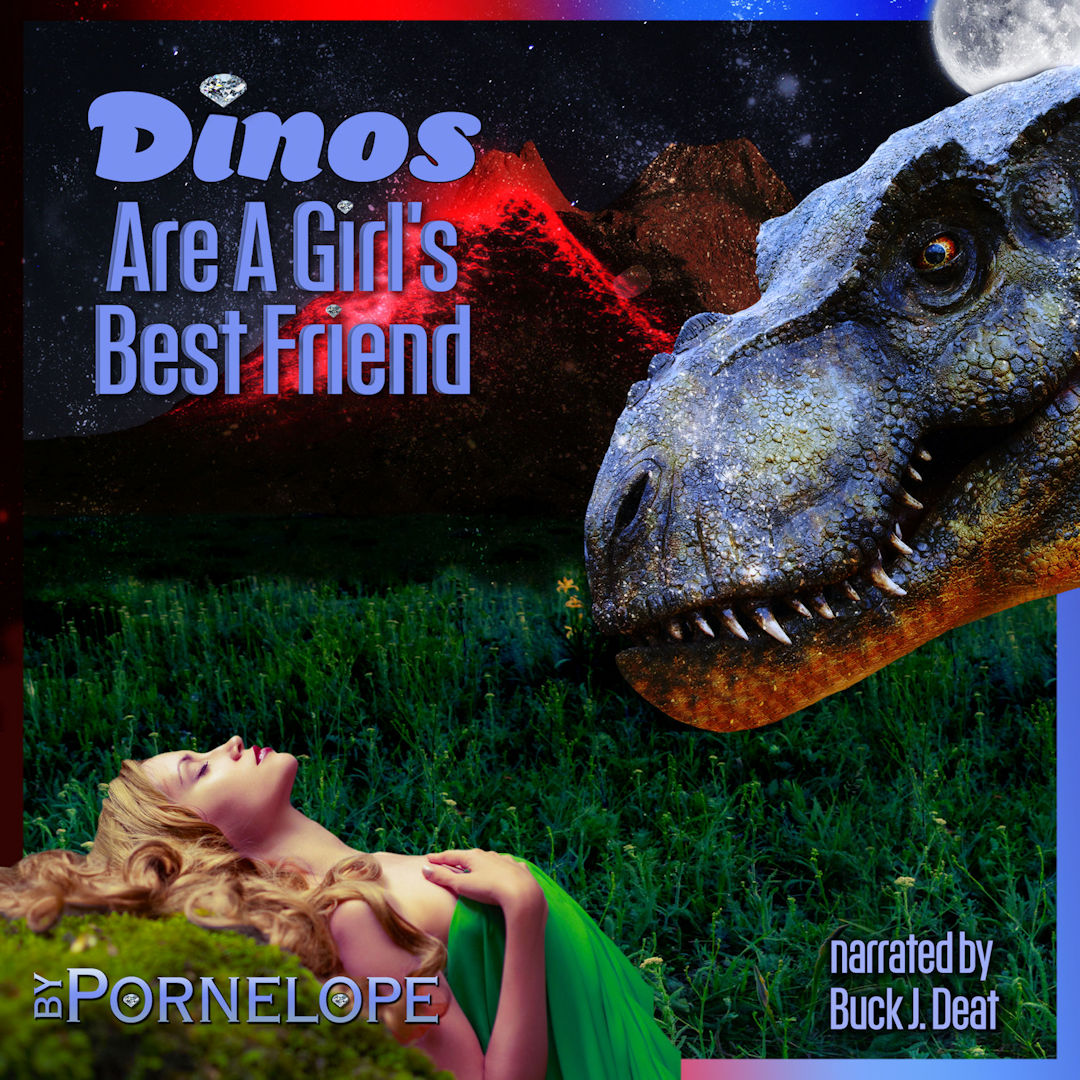 Dinos Are A Girl's Best Friend

Shanna had been sent back 66 million years by the CenCon scientists to prospect for immense raw diamonds…but she finds more than she ever expected when she rescues a baby T-Rex and names it Timmy. Who could have guessed that dinosaurs were telepathic…and when Timmy grows up, he wants a whole lot more from her than just a platonic friendship!

Timmy’s skin was twitching rhythmically. Concerned, Shanna levered herself up on one elbow, then gasped. A long, smooth mass was rising from his cloaca. She’d always known that Rexes possessed sexual organs, but she’d never expected to see one up-close!

Fascinated, she leaned closer to examine it. More and more kept appearing, until it was jutting up nearly five feet above his body. The musky scent that emanated from it was oddly pleasant.

Bumps suddenly appeared on its length in random spots, and grew until they were several inches long. She jerked back, then realized what she was seeing. Male dogs had barbs on their organs to hold the female in place until mating was finished; Rexes must have the same kind of barbs on theirs. They weren’t sharp or spiky, but she was sure they’d do an excellent job. Compensation for their spindly little forearms, she decided.

Timmy was shaking all over now, and rumbling deep in his throat. Anxiously she reached out telepathically, and sensed his baffled arousal through their intimate emotional link.

This is what you feel, he moaned as the T-Rex mating ritual’s pace increased, and the distant stamping became more forceful. Shanna, I’m afraid! Help me, please!

How could she possibly help him? It wasn’t like she could pretend to be a female dinosaur!

Sensations were cascading through her too fiercely to combat…and they were enhanced, she realized, by the frenzied activity in the adjoining valley. Four different pairs of Rexes were energetically mating, and the force of their spiraling ecstasy was echoing in her reeling brain like Chinese gongs…