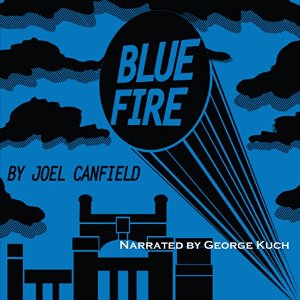 Max Bowman is haunted by both of them - and he just might lose his mind as a result.

When Max takes on the mission to find the long-lost creator of cult superhero Blue Fire, he ends up getting dosed with a chemical that upends his sanity just when he needs it the most. Now he's got to contend with zombies on the Upper East Side, a cult run by a clueless pawn, a hipster rapist who knows her way around a sword, a secret CIA spook program left over from the Cold War, and powerful old enemies who are out to destroy him - all while trying to keep his mind from crashing and burning for good.

Blue Fire's mantra in the old comic books used to be, "For good to be purged of evil...Blue Fire must endure." But now it's Max Bowman who must endure - and he's as far from a superhero as you can get.