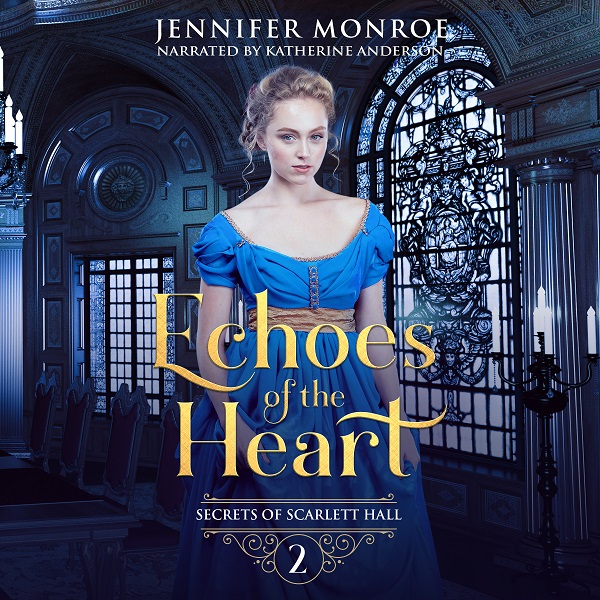 Echoes of the Heart

Miss Hannah Lambert has dismissed any notion of love and courting as foolishness and has gone so far as to feign illness to miss her debut into society the previous year. With a new season upon her, she desperately seeks a way to remain at Scarlett Hall and continue with her true love—writing.

Lord John Stanford, Marquess of Greyhedge, leads a life too lively by society’s standards. When he finds himself in a situation from which he is unable to disentangle himself, he runs to the home of his cousin, Laurence Redbrook, Duke of Ludlow, to seek refuge. When Laurence asks him to entertain his sister-in-law, Hannah, he readily agrees if it means he may earn his cousin’s good favor.

From Astley’s Circus to fine balls, the season is far grander than Hannah would have ever expected, made more enjoyable in the company of John. Not only is the man handsome, but like her, he enjoys reading, poetry, and the theater. As new feelings arise, Hannah wishes to embrace them, but she worries that John may be hiding something from her. Although John’s fondness for Hannah began as a ruse, he finds that his newfound feelings for her are true and vows to change his ways.

However, as the two journey through the London season together, it may not be only John’s past that returns to haunt them. For a secret deep within the walls of Scarlett Hall threatens to rise that will not only ruin Hannah, but her entire family, as well.