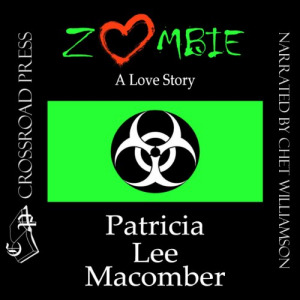 Life has been good to Paul Tremblay. He has a decent job, a beautiful girlfriend, and a devoted pal. It's just another average day for this average joe. That is, until he wakes up on a table in the morgue. Now, his heart doesn't beat, he doesn't breathe, and he keeps forgetting things like his own name. Desperate to get to his girlfriend, Linda, before it's too late, Paul sets off on a cross-country journey to Los Angeles.

It's a journey of discovery for Paul: who he was, what he is now, and just how far he's willing to go to get to Linda. Will Linda still love him even though he's joined the ranks of the undead? Can he still convince her to marry him? Only time will tell but he has to reach her before his time runs out.

Author Patricia Lee Macomber is the former Editor-in-Chief of ChiZine. She has been published in Cemetery Dance magazine and anthologies including Shadows over Baker Street, Little Red Riding Hood in the Big Bad City, and Dark Arts. Currently, she lives in North Carolina with her husband, David, and their children.