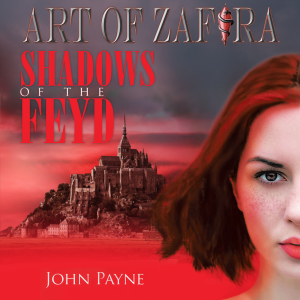 Shadows of the Feyd

It's known as the Cataclysm - an event responsible for arresting most electronic technology. Its impact was global, and few countermeasures existed. Civilization was nearly brought to its knees. At least for a while. We found ways of getting by. Humanity connected with its past while auguring new solutions. Even for college students like Joanna Westenra, a world without smartphones or the Internet was survivable - albeit just barely. We were down but not out. Life could go on.

Then, the Cataclysm unveiled something new. Monsters arose in the night. They are known as the Turned. We try valiantly to ignore them, to go on as if nothing else has changed. Yet, we cannot deny that these creatures were once human. They are solicited from both the living and the dead. They hunt us and harbor no mercy.

Joanna is hanging onto her former life as best she can, but now she sees things only the Turned are rumored to witness. The crimson clouds of the Cataclysm leer on as Joanna embarks upon her destiny.