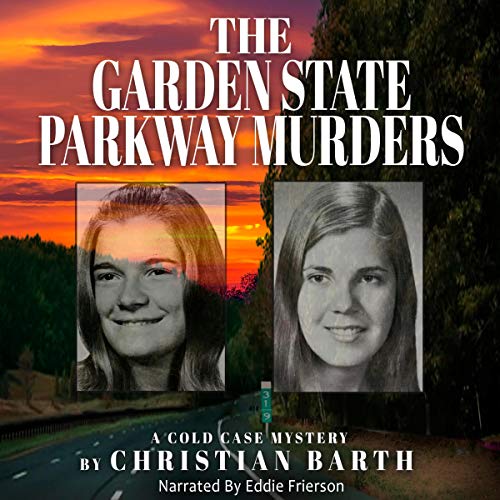 "I know that the way the bodies were left, the person who killed those girls had an excellent knowledge of chemistry, knowing that the three things you need are heat, moisture, darkness, and the proper point of acidity to eliminate evidence. All of that was accomplished. It was remarkable." (John Divel, Ocean City Police Department)

The Garden State Parkway Murders: A Cold Case Mystery is the first and only historical account of the unsolved murders of college friends Susan Davis and Elizabeth Perry, who were stabbed to death in the woods alongside the Garden State Parkway near Ocean City, New Jersey, on Memorial Day 1969. The discovery of the wealthy coeds three days after their slayings, as reported by Walter Cronkite on the CBS Evening News, touches off one of the largest manhunts in New Jersey since the Lindbergh baby kidnapping. Over the next 10 years, the New Jersey State Police, Atlantic County (NJ) Prosecutor’s Office, and FBI question thousands of people, tracking leads as far as San Francisco in search of the killer. Among the suspects are infamous serial killers Ted Bundy and Gerald Eugene Stano, who were living within an hour’s drive from the murders at the time they occurred, resided next to one another for a time on Florida’s Death Row, and indirectly confessed to the murders before being executed.

The Garden State Parkway Murders tracks the author’s decade-long obsession with seeking justice for Davis and Perry. Presented with all the information surrounding these brutal murders, including a discussion of recent technological advancements in DNA and FBI serial killer profiling, the listener is asked to consider: Why hasn’t this cold case been solved?