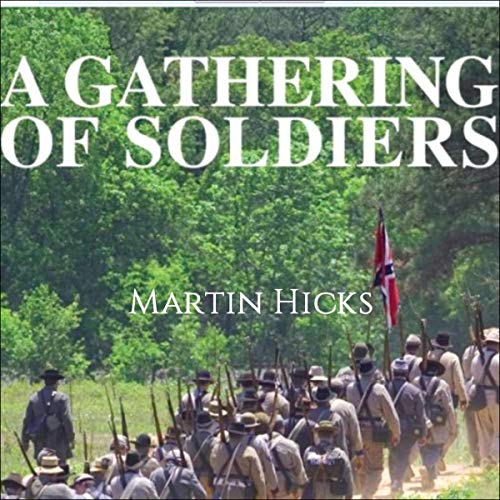 A Gathering of Soldiers

"A Gathering of Soldiers" narrates the story of Daniel Ryan, an Irish immigrant who has begun a new life in Georgia, just as the events leading up to the momentous American Civil War have begun to unfold.

The book describes his experiences upon enlisting with a group of his peers, in a North Georgia militia company, following Abraham Lincoln's first summons for troops to invade the southern states. It follows the progress of Ryan and his volunteer comrades as they evolve into soldiers, from their first posting on garrison duty on the Savannah River estuary, before journeying to Virginia to take part in the maneuvering and the bloody engagements of the peninsular campaign in the summer of 1862, all of which changes the lives and outlooks of the surviving boys forever.