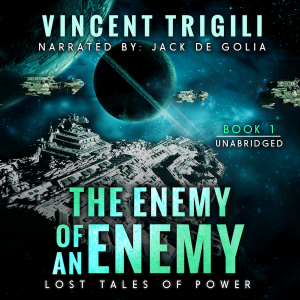 The Enemy of an Enemy

Vydor is riding a wave of success, but now his ship, the Dragon Claw, is being sent to investigate a mysterious event deep within the Empire’s space. A secret research colony has fallen silent and the forces sent to investigate were never heard from again.

It's up to Vydor to keep this force at bay and protect the Empire, but it may come at the cost of his faith and shake the foundations of the Empire itself.