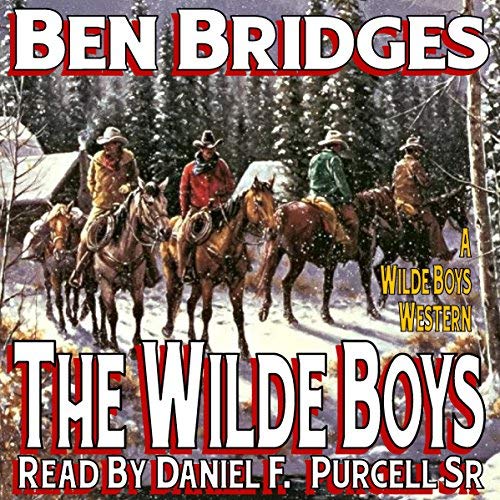 Right across the West, lawmen were losing their fight against crime. Something had to be done fast. But what?

It was a retired judge named Wilde who came up with the answer-to pit one outlaw against another.

From that point on, his "law-enforcers" became six of the meanest misfits ever to see the inside of a jail-cell; a murderous albino, a black gunfighter, an Apache half-breed, a one-time Pinkerton detective, a Missouri-born conman and a giant whose hands were deadlier than a Gatling gun.

Together they formed a tough-as-knuckles bunch. Those not destined to hang faced life imprisonment. But by becoming the judge's "Wilde Boys" they stood to regain freedom and respect-providing they could survive their first mission, of course; to bring down a kill-crazy tyrant known only in whispers as the Black Wolf...