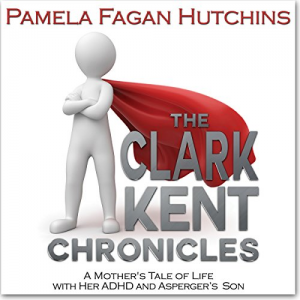 The Clark Kent Chronicles: A Mother's Tale Of Life With Her ADHD And Asperger's Son

They're the parents who other people secretly believe must be doing a crappy job, the ones whose children don lacrosse gloves to weed the flowerbed, won't turn in their homework, and throw age-inappropriate tantrums in public. They're the parents one frayed nerve short of a breakdown as they scrub off the giant perceived "L" for "Loser" from their foreheads, turning for help to every source they can think of, because their kids just don't respond like other kids, because their kids aren't like other kids.

The very brains of their children are wired differently, and the disciplines, motivators, and strategies that are supposed to work on them, according to conventional wisdom, don't. These are the parents of children on the ADHD Spectrum, and most of them have used up their Phone a Friend Lifeline and just want a little understanding and the hope of shared knowledge from someone else who has survived a life like theirs.

They are parents like Pamela Fagan Hutchins, whose son, dubbed, "Clark Kent the WonderKid" has ADHD and Asperger's Syndrome. Pamela takes listeners on a heart-wrenching and hilarious road trip from toddler to adulthood with Clark Kent and his family, sharing their collective wisdom and empathy along the way.