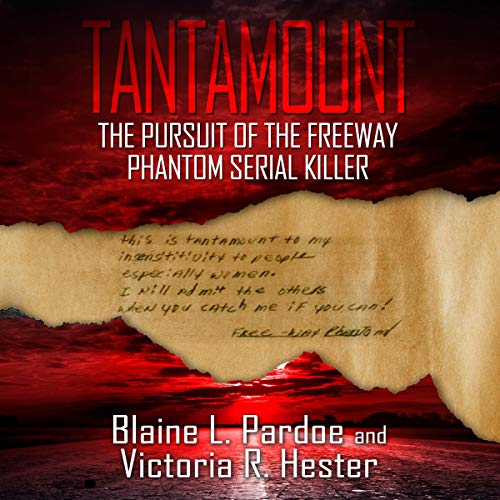 Tantamount: The Pursuit of the Freeway Phantom Serial Killer

"This is tantamount to my insensitivity to people, especially women. I will admit the others when you catch me if you can!" (Freeway Phantom)

In 1971 and 1972, a deadly predator stalked the streets of the nation’s capital. His targets were young girls who he kidnapped, raped, and left their remains along busy roadways in plain view.

Some of his victims he held captive for days, others only a few minutes. Seven victims ranging from the ages of 10 to 18 died in his hands. Then, as mysteriously as he started, the Freeway Phantom stopped.

On one victim, he left a note, taunting the police and confirming the name the media gave him: the Freeway Phantom.

Now, after nearly five decades, Washington DC’s oldest unsolved serial killing spree is pried open with the suspects, the liars, and the evidence laid bare. Father-daughter duo and best-selling authors Blaine Pardoe and Victoria Hester shed new light and provide tantalizing new clues as to who may be the Freeway Phantom.